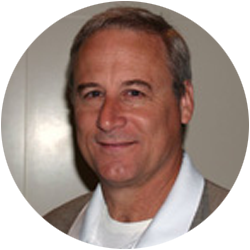 George received an undergraduate degree in business administration from American University in 1976 and a masters degree in Biblical studies in 1990 from the International School of Theology. George met his wife, Cyndy, at a Bible conference during the summer of 1974. While in college and through their involvement with Campus Crusade, they both sensed God’s call to missions. They were married in June of 1977.

Prior to his current responsibilities, George fulfilled similar duties for six years with the New York Mets and Jets teams. George and Cyndy began vocational Christian work with Campus Crusade for Christ after graduation from college. They served in the campus ministry (of Campus Crusade) for 14 years before switching over to the Athletes in Action effort. George and Cyndy have two married daughters (Kelly and Emily), a senior in college (Mary), a freshman in college (Allison) and reside in Oradell, New Jersey. George and Cyndy are the proud grandparents of Grace Noel, Miguel, Mya, and Robbie.