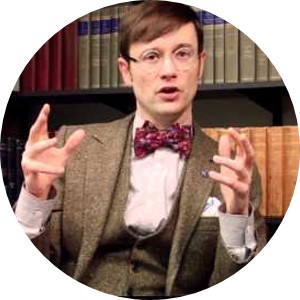 Gregory Alan Thornbury was installed as the sixth president of The King’s College on August 1, 2013. A writer and speaker on philosophy, theology, education, spirituality, and public thought, Greg was formerly a Professor of Philosophy, Dean of the School of Theology and Vice President for Spiritual Life at Union University in Tennessee.

The son of an American Baptist pastor, Greg initially intended to pursue a career in media at Messiah College in Grantham, Pennsylvania, but his interests turned toward philosophy and theological studies during his undergraduate years. After graduating from Messiah Greg moved to the campus of Southern Seminary where he served on the staff of seminary president Albert Mohler and as a minister at the First Baptist Church of Clarksville, Indiana. After graduating with a Master of Divinity with biblical languages in 1996, Thornbury continued in Southern’s Ph.D. program, where Mohler served as his doctoral supervisor.

In 1998, David Dockery, president of Union University in Jackson, Tennessee, recruited Greg as a philosophy professor in the Department of Christian Studies. In addition to the many roles he filled there, Greg oversaw the startup of Union’s first fully online Master’s degree program.

Greg and his wife Kimberly have been married for more than 20 years. They have two daughters and live on the Upper West Side of Manhattan.