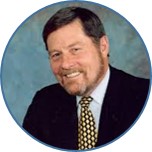 Ron Nikkel served as President and CEO of Prison Fellowship International for more than 30 years before stepping down in June 2013 to assume the role of President Emeritus.

When Nikkel joined the PFI team in 1982, there were only five national Prison Fellowship ministries. Now, the movement includes more than 50,000 staff and volunteers in 127 countries.

Born in Alberta, Canada, Nikkel was taught by his father to love the unlovable because everybody matters. Before starting at PFI, he worked with juvenile offenders in Canada and the United States through Youth for Christ, an international, non-denominational ministry. He became a father figure to many teenagers who didn’t have a father in their homes. Working with children and young people affected by crime inspired his passion for justice and the treatment of prisoners.

In his time at PFI, Nikkel has visited more than 1,000 prisons in more than 100 countries.  He has seen horrendous injustice during his visits but has established strong relationships with prison officials who grant PFI the access to launch innovative programs, which bring dignity and hope to prisoners and opportunities for them to prepare for a brighter future.

In addition to more than 30 years with PFI, Nikkel has served as chairperson of the United Nations Alliance of Non Governmental Organisations in Crime Prevention and Criminal Justice and Vice President of the International Association of Volunteers in Criminal Justice.

He serves on the board of directors for Advocates International, The Jericho Road Foundation and Love in Action. He is on the Advisory Council of the International Center for Religion & Diplomacy and is a member of the Academy of Criminal Justice Sciences.

He is the author of several books, including “Your Journey with Jesus,” and “Radical Love in a Broken World.”

“Like our founder, the late Chuck Colson, I view my work with PFI as a life sentence,” Nikkel said.