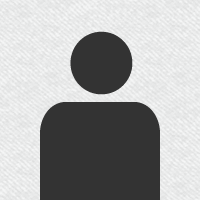 Stuart and Jody Chadban moved from Newcastle, Australia in August 2013 with their two children. They arrived in NYC with two suitcases each and an immoveable belief that God was about to do a new thing in this city and The Salvation Army. Having ministered in The Salvation Army for the previous thirteen years in Australia, God whispered a calling over their lives on New Years Eve 2009, drawing them into destiny days for “such a time as this.” A new chapter is about to begin for ministry within The Salvation Army in NYC – a city and a denomination that influences the world.

God has spoken clearly and promised much. The Chadban’s have taken God at His word and given their lives for the vision before them. They have laid down their everything in order to pick up all that God needs them to carry. They are motivated for the sake of His kingdom and His will being done in NYC as it is in heaven.

Both Stuart and Jody are lovers of God, people, and life. Ministry for them is not a position, but rather it is who they are and the way they do life. They are fueled by the power of the Holy Spirit and walk in the paths God marks out for their feet.

Stuart is a powerful man of God with an apostolic gifting over his life. He is passionate about creating a culture and an arena whereby all people can experience the very real presence and miracles of God in the midst of the everyday. Stuart is an incredible leader, preacher, and worshiper, and is an amazing father and husband.