“What Is Your Story?” was the theme of the 2019 National Retreat held March 1-3 at the Omni Championsgate in Florida. If anyone had second thoughts about the bi-annual event leaving Washington D.C., those evaporated upon arrival. While D.C. was suffering a wintry blast, it felt downright tropical at the resort.

Arriving by “planes, trains and automobiles,” almost 600 men from across the country showed up for a weekend of inspiring teaching from a diverse group of inspirational speakers, as well as fellowship and praise and worship with NCS brothers from different chapters.

The schedule was filled to the brim with multi-media presentations and fascinating headline speakers on the main event stage. There were breakout sessions to choose from as well— vocational, ministerial, motivational or healing. If there were any regrets to be had, there wasn’t enough time to take it all in. It was that good!

The back story to “What Is Your Story” was, as one of the main stage speakers quipped, “…and what are you going to do about it?” The main event ballroom fell silent as several men, shared their life stories in videotaped interviews. They were selflessly the lead-in for the greater messaging of the retreat to help men understand how the telling of their personal story is key to greater freedom and growth in Christ. Throughout the weekend, men were encouraged and challenged to crystallize their story through thought-provoking questions: “Can you separate your story from your history? Can you identify the most influential moments in your story? Do you believe that you can change your story? Do you believe your story is too dark or too vanilla to be told?” Award-winning screenwriter Todd Komarnicki of the movie “Sully” challenged the audience: “Are you willing to let God write your story?”

Some Winston-Salem brothers shared how they were impacted:

“The most impactful part to me,” said Rich Payne, “was seeing Jesus reflected in the other men—real men. They shared themselves with candor and vulnerability, and encouraged me to do the same.”

“Two things impacted me most,” said Budd Midkiff. “Who are you, and when are you going to let God do something about it?’ Also, ‘You’ve been resurrected from the dead. Who noticed?’”

From sunup to sundown the buzz of activities never stopped from outdoor social events, and dinner on the outdoor lawn Friday evening to a ballroom dinner and stand-up comic Saturday night. Enjoying drinks and cigars over fellowship was a popular late-night attraction.

There was also time set aside for play, an important aspect of balanced living we learned, as shared by speaker Charlie Hoehn, the author of “Play It Away” and “Play for a Living.” With a championship golf course and water park on the resort premises, that sage advice was taken to heart by many during the Saturday afternoon break. Others took a nap, read a book, or wandered into town. Floating on a tube down the Lazy River with NCS brothers was a blast.

WS-NCS Bill McClain, joined by other chapters, led a Racial Reconciliation Panel on Saturday. They discussed ideas and actions they’ve taken to break down racial barriers in their communities. “When men learn more about one another, and appreciate that everyone has a different gift, together we’re a lot stronger,” Guy Morgan said.

Frank Harrison (CEO of Coca Cola Consolidated) shared the importance of building corporate culture around servant leadership and how that can impact not only the bottom line but more importantly families and communities. Frank encouraged attendees to see the workplace as the mission field and of the importance of finishing strong and being a good steward of the resources given to us.

On a very somber, yet highly inspirational note, many were affected by the testimony of Rev. Anthony Thompson, pastor of AME Church in Charleston—the same church where his wife, Myra, and eight of his friends were shot and killed by a lone gunman in June 2015. Many who watched it unfold on television that day were stunned when they saw Rev. Thompson and other suffering families immediately forgive the assassin. In his sermon for the closing session Sunday, Rev. Thompson walked the hushed audience through that fateful day, explaining how he had been given a “word of obedience, not an option of forgiveness.” Afterwards, he led communion. Many chose his line to receive the ceremonial bread and wine, spending a tender moment with him, some tearfully, embracing and thanking him for his profound and faithful witness. “That was the most powerful thing to me,” said Rick King. “He said that you can’t seek revenge. It has to start with forgiveness. The most powerful thing he could do, he said, was to be able to forgive the man who shot those he loved. That to me was the highlight…if he can forgive, anyone can forgive.” 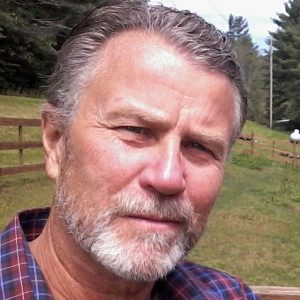