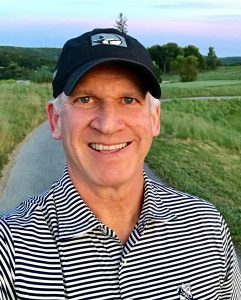 Brian Hanse (NCS Short Hills & NCS Bergen County) had no idea how his life would be forever changed when his friend  George McGovern (chaplain for the Yankees and the Giants) invited him to attend his 1st NCS chapter meeting at Tom Lane’s (NCS Bergen County) home fourteen years ago.

“I knew that I needed something. I was having a hard time at home, in my marriage and with my kids.  I knew something had to change”.

After attending his 1st meeting, he found himself sitting in a parking lot in a conversation with God saying, “OK God I get it.  If NCS helps me get through this, then I will be able to help other guys with their own struggles.”

After regularly attending NCS Bergen County for about 4 years, he helped start the NCS Short Hills chapter.  Brian believed that launching a new NCS chapter in Short Hills would reach and serve even a larger group of men in northern New Jersey. He felt it was important to capture and preserve the intimacy and the brotherhood relationships that he had remembered and experience from the early days of Bergen County. Brian says often with confidence referring to his NCS experience  “Once you have that you can’t live without it.”

He values most the honest discussions and the level of trust that’s prevalent  among the men.  “My wife can’t understand why I need close involvement in 2 NCS chapters, but I know that I need two chapters.”

“Since the inception of regional retreats, the NY / NJ Metro regional retreats have fueled measurable growth and he expects even greater interest,” Brian remarks confidently. Also,  he credits the National NCS staff for being instrumental in attracting new members not just in New Jersey, but nationwide.

With appreciation and anticipation for a bright future for the entire NCS Network, Brian declares that  “We must not underestimate how important it is for men to possess and declare love for our earthly fathers and we need other men to help us come to the same understanding about our heavenly Father. Jesus isn’t ashamed to call us brothers and sons.”

NCS is only as good as those men who invest time and energy in themselves and building strong relationships with other men. Brian is an awesome example of how NCS works!