Meltdown: isolation, secrecy and the lie of power.

Our theme for NCS is “What is your story?”  In a variation on that theme, I recently read Midnight in Chernobyl, a detailed account of the Soviet nuclear disaster in 1986. I was familiar with this story and the term “Chernobyl” as a synonym for disaster, but I was shocked to hear the real story. I could not help but see the similarities in that disaster to the meltdowns that I hear about with men in the NCS network.

In a book that frequently uses terms like “radionuclides” and “milliroentgen,” I found haunting traits of my own life and the deception of self-sufficiency.  I couldn’t help but see parallels in areas like isolation, secrecy, arrogance, and the danger of power.  These are often the ingredients and precursors for a meltdown in a man’s life.

Bear with me and I will explain how I see the connection to Chernobyl.

In the 1980s the Chernobyl complex was intended to make the USSR’s nuclear engineering famous across the globe.  They were seduced by the image they created. This propaganda was being sold to USSR citizens and even those within view of the giant nuclear reactors.  The small town built next to the plant to house its workforce was billed by the Soviets as an “oasis of plenty,“ “a true workers paradise,“ where shops were stocked with delicacies and offered European housewares and French perfume. It was promoted as Eden boasting a concert pavilion and an amusement park featuring a large Ferris wheel.

Men are often seduced by power and the image of our invincibility. It is a dangerous place to be.

On April 26, 1986, a simple breakdown in standard procedure lead to an epic explosion of the nuclear core which showered lethal radioactive material for miles. In an effort to control the damage they showered the reactor with water, creating steam clouds of vaporized radioactive material thousands of miles long.

Similarly, our arrogance can lead us to believe we can manage a meltdown in secrecy, which creates more problems in relationships and hinders future restoration. We often fail to diagnose the seriousness of what has occurred and our inability to control it.

One of the key factors leading to this nuclear disaster was the lack of experience of the men in the plant that night. They had been promoted quickly because they were dedicated to “The Party,” qualified in doctrine and not in nuclear expertise.

I think we too often surround ourselves with people that will not challenge us instead of valuing seasoned relationships with men who call out attitudes and actions when they see us in dangerous places. We value new friends who admire us over longtime friends who will tell us the truth.

As the USSR shut down communication and openly denied anything had occurred at Chernobyl, the radioactive clouds that drifted across the Soviet Union were so strong it triggered alarms at a nuclear facility in Finland.

For us, It is easy to drift away from the boundaries and principles that we once valued leaving us exposed to dangerous situations, and we are often unprepared to deal with them in secrecy. We go dark in our communication and in arrogance deny anything has happened. We will even go so far as to tell ourselves this secret is something we can never acknowledge and be honest about.

As the meltdown got worse so did the attributes all too familiar to us as men. All communication from the main plant was shut down so that news of the accident would not spread. This left the plant operators alone to figure out how to control a disaster they were completely untrained for. The equipment on hand was outdated, obsolete, and virtually useless. The safety equipment and protective clothing was so cumbersome that many of the men continued with their work without any protection.  Some even cleared radioactive debris with their bare hands while nuclear rods and core material burned on the ground around them.

I have seen this in my own life. I went dark in my communication and attempted to control a chain reaction completely outside of my ability to control. I was ill-equipped and unprepared to deal with my own mess and in my own stupidity would try to clean it up without getting burned or calling for help.  We don’t like to ask for help even when we know we need it.

Even in the end, secrecy hindered the ability to move on from the accident . A week after the accident as many as 15,000 deaths were reported, yet months later the USSR staunchly defended the death toll as only 31 deaths. The number of people who died from radiation exposure in the years to follow cannot even be counted.

As men, we often want to white wash or minimize the reality of the number of people we have hurt, the extent of damage we have caused, and the seriousness of our actions.

The NY Times said the book “finally fills in some gaps, bringing much of what was hidden into the light.”  Sounds like bringing hidden things into the light of truth is an international issue.

NCS is needed now more than ever, and is an important anchor in the lives of men. I want to exhort us all to not take it for granted. If you see the same parallels in the story that I did, it means it is time to make a change and surround yourself with some good men. There are plenty of places to plug-in and find community.  You will quickly find that you are not alone.  Many times we will hear parts of our own stories in the story of another man. It’s time. 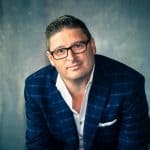