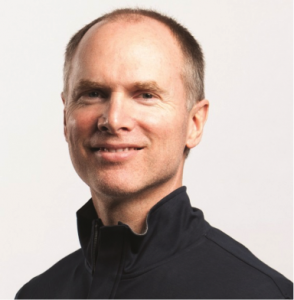 Kevin Palau is president of the Luis Palau Association, a Portland, Oregon based ministry that has shared the Good News of Jesus Christ with 1 billion people around the world through Kevin’s father, evangelist Luis Palau.

Kevin joined the Palau Association in 1985 and began directing the day-to-day operation of the ministry in the late 1990’s. Under his leadership, LPA has produced some of the largest Christian events ever staged, including festivals that have drawn crowds from South Florida to South America of up to 1 million people. The festival model for mass evangelism is based on free, family-friendly celebrations that bring together well-known Christian and main-stream music artists, prominent Christian athletes, extreme sports exhibitions, interactive children’s areas, and much more.

In 2008, he pioneered the Festival 2.0 model that includes a citywide service initiative preceding festival events which has come to be known as “CityServe”— a massive, area-wide outreach showing the love of Christ through community service projects. Kevin also developed the Next Generation Alliance, which exists to serve up-and-coming evangelists through mentoring and equipping, collaborative outreach events and training and conferences. The experience and resources of decades of evangelism are shared with more than 500 partner evangelists who are taking the Gospel to the world in the 21st century.

Kevin holds a degree in religious studies from Wheaton College. He lives in Beaverton, Oregon near LPA’s international headquarters with his wife, Michelle, and their three children.