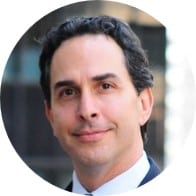 On October 21, the brudders of NCS New Canaan gather IN-PERSON as a community of men for some fellowship and fun.  We will welcome NCS brudder Joe Ruta, a founding partner in the New York City law firm of Ruta, Soulios & Strata.

Joseph A. Ruta has been an attorney in New York City for 30 years.  He began a solo practice of law in Manhattan in 1994, after being out of law school for only two years.

Joseph graduated valedictorian of Marist College in 1989 after having attended Oxford University during his junior year abroad and winning Marist’s first debate championship in the college’s history as a sophomore.  He then attended Brooklyn Law School as a Richardson Scholar obtaining a Juris Doctor degree in 1992.  While in law school, he had the privilege of clerking for the Honorable Harold Baer, Jr.

He currently lives in New Jersey with his wife of 25 years and they have three children.