12/2/22 Chapter Friday with The Most Rev. Frank J. Caggiano (IN-PERSON and Virtual) 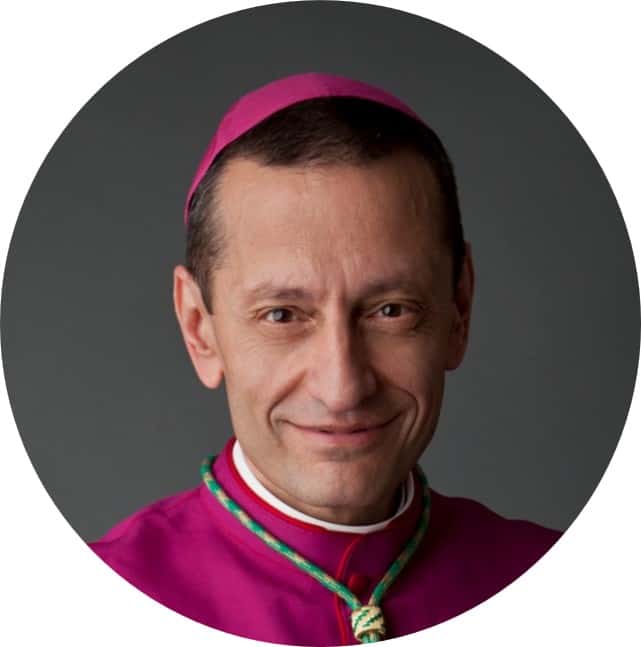 On December 2, the brudders of NCS New Canaan gather IN-PERSON as a community of men for some fellowship and fun.  We will welcome The Most Reverend Frank J. Caggiano, the Fifth Bishop of the Catholic diocese of Bridgeport, CT

The Most Reverend Frank J. Caggiano serves as the Fifth Bishop of the Catholic diocese of Bridgeport, CT.  In that capacity, he also serves as the Chairman of the Board of Directors for CRS (Catholic Relief Services) and most recently as the International Chaplain for Legatus, an international organization of Catholic CEOs, Presidents, Managing Partners and Business Owners committed to living out their faith in their business, personal, and professional lives.

Under his leadership the diocese has launched the Institute for Catholic Formation, ongoing Strategic and Pastoral Planning, and most recently “A Call to Renewal” with its  unique “Eucharistic Ambassador” initiative to welcome people back to the Church and revitalize the liturgical and pastoral life of the diocese.

A noted catechist, Bishop Caggiano was invited by Pope Benedict XVI to deliver World Youth Day talks in Sydney in 2008 and Madrid in 2011 and by Pope Francis to serve as a catechist at World Youth Day in Rio de Janeiro, 2013, Krakow in 2016 and Panama in 2019. He also preached at the Youth 2000 Summer Festival in Tipperary, Ireland. He presently serves on several committees of the United States Conference of Catholic Bishops (USCCB): Committee on Evangelization and Catechesis; Chair of the Subcommittee on the Catechism; Ad Hoc Committee on Racism, Subcommittee on the Church in Africa, and the Committee on International Justice and Peace.

In October 2018, he was one of five American bishops elected by the U.S. Conference of Catholic Bishops (USCCB) to represent the United States at the XV Ordinary General Assembly: Young People, the Faith, and Vocational Discernment at the Vatican.