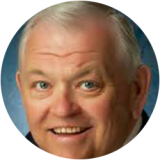 On June 7, the brudders of NCS New Canaan will gather as a community of men for some fellowship and fun.  We will welcome brudder Terry Wilcox, the Executive Director of the Bridgeport Rescue Mission and a member of the NCS New Canaan leadership team.

Terry Wilcox has served as the Executive Director of the Bridgeport Rescue Mission since January 1, 2002.  Under his leadership the mission has grown ten-fold.  In April 2019, he announced that he will be leaving the Rescue Mission October 31, 2019 and moving to Lakeland, Florida to pastor a new church. Terry is an ordained minister with 25 years of experience as a pastor and 26 years in Rescue Mission ministry. He has held ministry positions in York, Pennsylvania, Seattle, Washington, Damascus, Maryland, San Diego, California, Warrenton, Virginia and Colorado Springs, Colorado.

He has led mission teams to Mexico, Nicaragua, Russia, Zambia, Zimbabwe, Kenya, and South Africa.  For 25 years, Terry has served Sons of Thunder, Inc., which owns and operates a large farm in Zambia, providing agricultural training, medical clinics, schools, famine relief and pastoral training.  He is a founding board member of Encouragement, Inc., which operates an orphanage and provides leadership training in Western Kenya.  He serves on the Board of Directors of the Rescue Mission in Nashua, New Hampshire.

Terry and his wife, Danielle, currently live in Bridgeport. They have 3 children and 6 grandchildren.