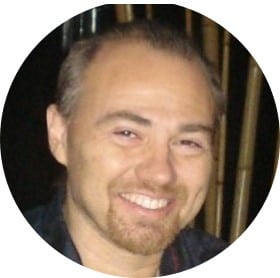 With unbelievable honesty and humility, David Montoya shares a life and faith journey that brings to life the promise in Ezekiel 36:26: “And I will give you a new heart, and a new spirit I will put within you. And I will remove the heart of stone from your flesh and give you a heart of flesh.”

David vulnerably shares difficult and pivotal moments of his early years, including the time his fiancé died in his arms on the way to the hospital–events that he says changed the course of his life. At that time, a therapist told David he had the greatest fear of death the therapist had ever seen.

With tremendous transparency, Montoya tells about his later years as a lawyer and a venture capitalist, describing himself as “evil”–having no regard to the carnage left behind on the road to “winning”. He explains how that heart of stone began to transform when a friend invited him to a New Canaan Society event in San Francisco.

While David’s heart transformation has been ongoing since he first began attending NCS in 2015, David reveals a recent and extraordinary near-death experience that had a profound impact on his fear of death–he says it is gone.