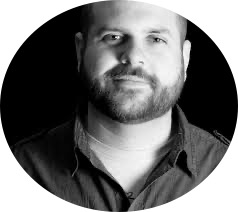 Zack Hunt, author of “Unraptured: How End Times Theology Gets It Wrong” shares with wonderful humility and transparency the journey that took him from an escapist faith to an incarnational faith.

Zack talks about his childhood growing up in a conservative evangelical tradition doing all the right things, as well as his fascination with the escapism of “end-times” theology, vulnerably explaining how it led to both paranoia and a sense of superiority. He describes how a conversation with a college professor began a dramatic unravelling of this beliefs–to the point that he lost interest in God and went through a stage of rebellion against the faith of his youth.

Zack shares how he “slowly crept back to Jesus” with a renewed and transformed faith that still affirmed the return of Jesus but was no longer about a list of ideas to affirm–it became a faith centered on a relational God who loved the world through His people and walked with His people through tribulation. Hunt explains how he came to see the “rapture” that was at the center of his youthful faith as actually “anti-Biblical” and how he came to an understanding of Christian faith that is about incarnation rather than escapism–about building God’s Kingdom “on earth as it is in Heaven”.

Zack’s 30 minute talk is followed by an extended Q&A.

You can purchase Zack’s book by clicking below.