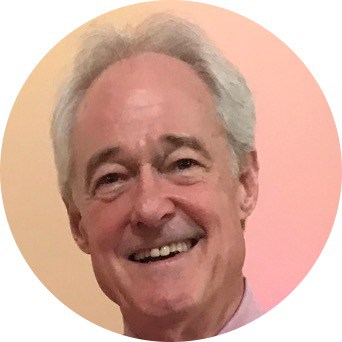 With extraordinary humility and vulnerability, Scott Simon shares an incredible journey that, upon reflection, he realized is captured by the phrase “From Rebellion To Obedience”.

Scott describes a journey that took him from a “privileged” upbringing in a dysfunctional home to the hallowed halls of a prep school and then the Ivy League. He transparently shares a “rebellion” stage that resembles a painful movie almost too crazy to imagine: a secret double life in the drug world of New York City while “studying” in Philadelphia, walking away from Penn’s Wharton School after a year, hitchhiking to Seattle, working in a crab cannery in Alaska, getting “evicted” from Alaska, living in a trailer in Colorado and working at a water treatment plant. Scott explains that this is when he had the first of several dreams and visions that changed the course of his life.

Scott shares that his Colorado dream eventually led him back to Wharton where he met his wife, Margaret, and eventually graduated. He describes a successful Wall Street career as a bond trader in which pride was encouraged and nurtured among fellow “Masters of the Universe”. He then vulnerably shares how everything changed on September 11, 2001, when his brother and many close friends were killed in the attack on the World Trade Centers. Scott talks about this unbelievable tragedy beginning a new faith trajectory and a profound new experience of God’s love and inexplicable peace.

Scott describes the new faith journey that he and Margaret embarked on together, including incredible experiences, encounters, visions and dreams that eventually led him to leaving Wall Street behind and “obediently” following a path toward Christian counseling and a ministry of healing. Scott shares how this phase of his journey taught him the power of listening and the power of the ministry of presence–of “showing up”. Finally, Scott talks about the recent, sudden and tragic loss of their daughter and how God once again was a source of unimaginable strength.

Every NCS brother should listen to this amazing journey of God patiently leading a man to lay down rebellion for obedience and pride for humility and of God “showing up” during the most painful moments–to listen and to be present.