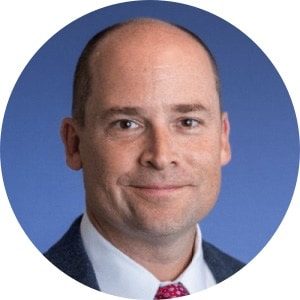 In some sense, Michael Tremain is New Canaan Society “royalty”–he and Dave Robinson were the very first NCS “chapter” leaders. Back in 2003 they started the first NCS group outside Jim Lane’s home in New Canaan, CT (the original group from Jim’s home became our NCS New Canaan chapter)– they called it “The Parks Society, a chapter of the New Canaan Society”. The first Parks Society meetings were held in Michael’s home, and he was known for standing at the door and welcoming every man with a hug. The Parks Society eventually became NCS Orlando. He also discusses how he and Robinson heard about NCS, his first impressions experiencing NCS in Jim’s home, and how they started The Parks Society.

Given his NCS lineage, it is no surprise that Tremain shares with tremendous vulnerability and transparency the incredible journey of faith that God has had him on. Michael explains that the topic of his talk comes from the family mission statement that hangs on their wall at home: “To live free and flourish as children of God.” Michael’s story is the story of how he travelled from living in a broken home with no stability and no faith to establishing a stable home for his wife and four children with an inspired and inspiring mission.

Michael shares that his “faith journey” really started with a “happiness journey” while he was a Disney Imagineer, leading him to ask everyone he met “What is the meaning of life?”. He reflects that the responses he received were disappointing (at best) until the answer from a young woman that literally changed his life and his heart. Tremain describes how that answer led to an incredible series of faith experiences, including a 13-week study in London with John Stott and spending several months being discipled by Henry Blackaby.

Michael unpacks four internal obstacles that he had to face and overcome on his journey:

These are obstacles we all can overcome–if we are willing to face them!