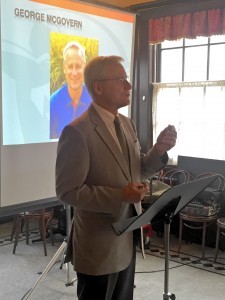 If you missed our Chapter Friday this past week, then you missed a parade of God’s trophies and an extraordinary exhibition of his grace and power. You missed:

Our guest speaker, George McGovern’s talk is already available under Resources thanks to the amazing Rocky–click HERE.   George also showed us his two Super Bowl rings and his one NFC Championship ring. 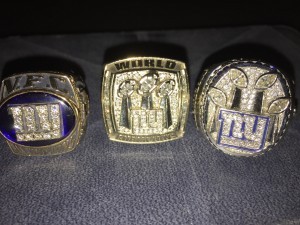 Click HERE to watch the very funny NFL “bad lip reading” video we watched today.  We also watched a clip from an early TV interview George did on the Roxanne Tauriello Show.  Here is a picture of young George and Roxanne. 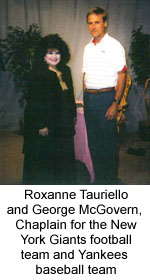