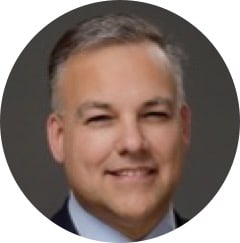 Bill Blezard is a bootstrap entrepreneur who founded Packaging Technology Group, Inc. in 2005.  Today, PTG is a “Kingdom” class developer of thermally engineered, transport packaging solutions for the biotech and biopharmaceutical industries.  PTG is a Christian faith-based company with its core values centered on faith, relationships, courage, and creativity.  The company strives to honor God in the marketplace, holding to biblical values, and impact its employees, vendors, customers, and community.

Prior to founding PTG, Bill served in various sales and leadership roles at Packaging Products Corporation and Source Packaging.

Bill’s crown jewel is his family. He has been married to his wife Lynne for over 25 years and is the father of three wonderful children, Julie 23, Jacob 21 and Jared 18 (who has special needs).  He was happy to serve the community as coach of his children’s soccer and baseball teams for five years.  A devout Christian, Bill has served in several capacities; Youth Pastor, Elder, Small Group leader and has been an invited speaker at both Full Gospel Businessmen’s events and church sponsored men’s leadership events.  Additionally, Bill was a part of the “Nursing Home Outreach” and as a lay minister, offered Sunday service at local nursing homes.

A native New Englander, Bill received his high school diploma from St. Johnsbury Academy in Vermont and his BA in Communication from University of Rhode Island.  Bill, a former collegiate rugby player, enjoys boating, fishing and the outdoors. He holds his 50 Ton USCG Captains License and spends much of his free time in the summer with family and friends on the water.

Bill is a member of the national Christian business Owners and CEO organization, C12. Bill served as a Troop Chaplain for BSA Troop 53, Mattapoisett and has served on the Executive Board of the Boy Scouts of America, Narragansett Council, since 2014.