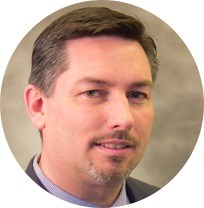 Bret Keeney got introduced to NCS in 2013 by a brudder (Jim Rumsey) at a time when Bret’s marriage was struggling due to his drinking. Bret’s involvement in NCS was an answer to the prayers of his wife, Viviana, who had been praying for him to return to a relationship with Jesus. God used NCS not only to reintroduce Bret to his faith and set him on a path to sobriety, but also to introduce him to Pivot Ministries, where Bret serves on the Board and has used his professional skills to assist with the expansion of Pivot’s campus in Bridgeport, CT. Bret’s involvement with Pivot began at an NCS meeting when he felt a call to begin to “give back”. As much as Bret has been able to “give back” through Pivot, his Pivot affiliation and friendships have played an important role in both the renewal of his faith and in his sobriety. Bret describes the relationships he has made with brudders at NCS as “incredible, recharging, supportive, and nothing short of a miracle.”

Professionally, Bret is a Director in CBRE’s Tri-State Project Management Group based in New York City, NY and Stamford, CT. He has more than 23 years of experience in the management, administration, and construction of space, and has completed projects involving office locations, IT infrastructure, transportation facilities, corporate interiors, financial institutions, education facilities, residential developments and landmarked structures, among others.

Bret and Viviana have been married since 2004 and currently live in Stamford, CT (although they share Bronx roots). They have five children (ranging in age from 8 to 23) and one granddaughter.