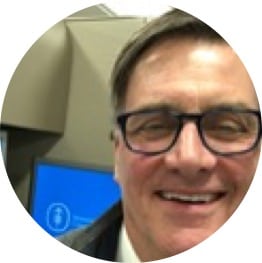 Brian Kelly serves as Staff Chaplain at Memorial Sloan Kettering’s new David H. Koch Center for Cancer Care in New York City. He joined MSKCC in 2016 after graduating that year from Yale Divinity School with his Master of Divinity degree. Brian had previously worked as a corporate lawyer for 35 years, including positions as Senior Vice President and General Counsel of Chris-Craft Industries in New York and W. R. Berkley Corporation in Greenwich. He is a graduate of Columbia Law School and Yale College.

Brian grew up on the Jersey Shore in a large and devout Catholic family and has lived in Riverside for 30 years. After decades as a “lapsed Catholic,” his journey back to faith began when he joined the congregation of Trinity Church in Greenwich in 2010. The men of Trinity, including many longstanding members of NCS, played key roles in this walk and remain among his spiritual mentors.