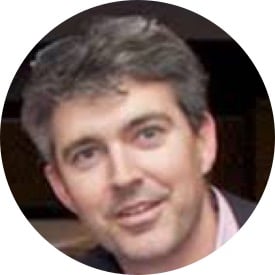 Chad Dreas is the Managing Director of Nielsen’s US Media Analytics Team. Prior to becoming Managing Director, Chad held the role of Senior Vice President Client Consulting, managing a go-to-market team of consultants supporting Nielsen’s TV and Digital clients. Chad is also the Executive Sponsor of Nielsen’s Veterans Employee Resource Group, where he works to increase internal and external understanding of the importance of veterans in Corporate America, and serves on the Board of Directors of the Greenwich Leadership  Forum.
Chad attended college on a Naval ROTC scholarship at Vanderbilt University in Nashville Tennessee where he majored in Chemistry and Applied Engineering. Upon graduation he entered the US Naval Nuclear Power program where he spent three years aboard the USS Maryland, an Ohio class nuclear powered submarine, before being transferred to London England as the Aide de Camp to the Deputy Commander Naval Forces Europe.
Following the Navy Chad completed his MBA in Finance from the Wharton School in Philadelphia and upon graduation joined McKinsey and Company in Stamford Connecticut as a management consultant. Chad initially joined Nielsen in 2010 in a Client Service role.
Chad lives in Rowayton Connecticut with his wife Emily and their three children. He attends church at Stanwich Congregational in Greenwich.