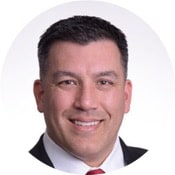 Charles Paksi has done a number of things and held a number of titles, including his current roles as a Director at Altium Wealth in Purchase, NY and a Professor of Military Science for Cadets in the Reserve Officer Training Corps.  While some roles and titles come and go, Charles will always be a United States Marine.

As a young boy from rural Wisconsin, Charles always dreamed of becoming a Marine. So, after graduating high school in 1991, he joined the Marine Corps and earned the title:  Marine.  In late 1992, he completed Airborne school and was then deployed to Mogadishu, Somalia for “Operation Restore Hope,” a humanitarian effort providing famine relief to the citizens of this African nation.

Charles transferred from Active Duty to Marine Corps Reserves in 1995 to enroll at the University of Wisconsin.  After earning his undergraduate degree, he began his business career at FactSet in Greenwich, Connecticut while continuing to serve our Republic as a Guardsman in the New York Air National Guard.

Days after September 11, 2001, Charles was ordered to put his business career on hold to forward deploy with Special Operations Command.  The next assignment took him overseas to conduct operations for “Operation Enduring Freedom;” a part of the Global War on Terrorism.  He conducted operations in Oman, Yemen, Djibouti, Kuwait, Afghanistan, and Uzbekistan through December 2002.

In 2008, Charles earned a Commission as an Officer in the Connecticut Army National Guard.  In 2010 Charles was deployed a third time, this time as an Infantry Officer with the 102nd Mountain Infantry Battalion from the Connecticut Army National Guard.  During this deployment, Charles led Infantrymen on combat patrols in the northeast of Afghanistan; in Nangarhar, Laghman, and Nuristan provinces.