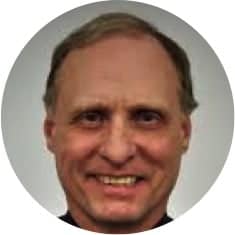 Don Anderson was sworn in on September 14, 2019 as the 11th Chief of Police for the Darien Police Department.  Chief Anderson has been a member of the Darien Police Department since 1983, and prior to being sworn in as Chief, held the position of Captain of the Administrative Services Bureau. Anderson was promoted to the rank of Sergeant in 1999, Lieutenant in 2000, and Captain in 2013. He has also served as a member of the Detective Division and as a member of the Specialized Accident Investigation Team. Chief Anderson is a state-certified Motor Vehicle Accident Investigation Instructor. Anderson is also a graduate of the 245th session of the FBI National Academy. Chief Anderson holds a Bachelor’s degree in Criminal Justice from Sacred Heart University and a Master’s degree in Criminal Justice from Iona College. He is the son of the late Bruce M. Anderson, who also served as Darien’s Chief of Police from February 19, 1988 to July 3, 1993.