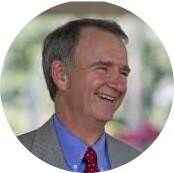 Christopher Kay has been the President and CEO of The New York Racing Association, Inc. (NYRA) since July 2013.  The NYRA was founded in 1955 and franchised to run thoroughbred racing at New York’s three major tracks (Aqueduct Racetrack, Belmont Park, and Saratoga Race Course) through 2033.

Before taking over leadership of the NYRA, Kay served as Chief Operating Officer for The Trust for Public Land, where he oversaw the operations of the land conservation organization’s headquarters and 37 field offices. Prior to that, Kay was a consultant to Universal Parks & Resorts, serving as its Managing Director of International Business Development.  From 2001-2006, Kay served as the Chief Operating Officer for Toys ‘R’ Us, a Fortune 200 international company, and prior to that he was the retailer’s Executive Vice President of Operations and General Counsel. Kay was also a minority owner of Orlando’s AA baseball team and a member of the ownership group that sought to obtain the first MLB franchise in Florida.

Kay is a graduate of the University of Missouri and of the Duke University School of Law.