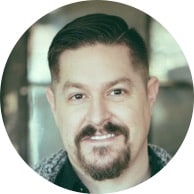 Dan Haseltine is the lead singer/songwriter for the 3x GRAMMY™ winning band, Jars of Clay and synth-pop trio, The Hawk In Paris.   He is also the Founder of non-profit organization, Blood:Water.

Dan is also a columnist, advocate, children’s book author, and intellectual critic surrounding the work of extreme poverty reduction, international development, and the role of the Christian community at large in the privilege of caring for our neighbors.