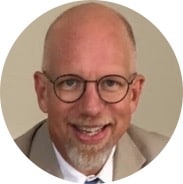 David Stambaugh spent the ages of about 5 to 15 as a professional actor doing commercials, TV, theater, and film work.  He spent a number of years on the CBS soap opera Love of Life and over the years has worked with folks like Henry Fonda, Lee Remick, Jason Robards, Tony Curtis, and Walter Matthau.  In the mid 70’s Dave played a character named Toby Whitewood in all three of the Bad News Bears movies.

His journey of faith and call to ministry began when he started attending a Junior High youth group at a church in northern New Jersey.  Stambaugh’s first youth leader was Dwight Ball and one of his earliest memories of him was the time he spent with Dave and his family while his father was in the hospital. Ball’s commitment to ministry with Dave and his family during that time left a profound impact on Stambaugh.  This was one of the first experiences in his life that would lead him to eventually understanding a call to ministry for himself.

After high school Dave attended Messiah College in Grantham, PA.  After graduation he began to sense the first sense of a call to the pastorate. He accepted a job as a campus minister with an organization called The Coalition for Christian Outreach.  This was a great ‘intro to ministry’ job, as well as the first of many opportunities working with college students and young adults.

A few years later Stambaugh found  himself attending (and eventually pastoring) the Young Adult Fellowship at Mendham Hills Chapel in northern NJ.  This was his first position in traditional parish work and where he fell in love with the ministry.  Dave received his M.Div. from Alliance Theological Seminary in Nyack NY and an internship during his time there would, after graduation, turn into a full time position as the Director of College and Career Ministries at Holy Cross Church in Springfield NJ.

From there Stambaugh would go on to pursue a Masters in Sacred Theology from Drew University.  Following graduation he spent 5 years as the solo pastor of The Union Church in Seaside Park NJ, the next 7 years as Associate Pastor of Hollywood United Methodist Church in California, and the last 3 as Minister of Faith Formation at Greens Farms Church in Westport.

One of the highlights of Dave’s time in California was a week long, 550 mile, charity bike ride from SF to LA.

Dave’s wife works as the Director of Children and Family Ministries at First Church in Guilford, CT.