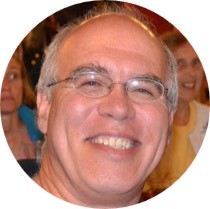 Dr. Robert “Bob” Lobel is the director of Northeast Urogynecology in Albany, NY, for many years the only fellowship-trained urogynecologist in the NY Capital District and a wide swath of upstate New York.  He has also been leading the NCS Albany chapter since starting it in 2012.

Bob received his undergraduate degree from Dartmouth College in computer science and his medical degree from Oral Roberts University.  Following residency in Phoenix and fellowship in Chicago at Northwestern University Medical School, he moved to Albany, NY to found the Division of Urogynecology and Reconstructive Pelvic Surgery at Albany Medical College.  He then launched his private practice twenty years ago.  Dr. Lobel is the recipient of both local and national awards for his research endeavors and has written many articles in medical journals and textbooks.

He has been the chairman of the Alpha Pregnancy Care Center in Albany for over 25 years, preaching the gospel in word and action to women facing unwanted pregnancies.  He has headed up the Capital Region Prayer Breakfast for a number of years now.  He has served as a lay pastor in his church.

Husband of two, father of six , and grandfather of four, he has taken his entire family on medical missions trips to Guatemala.