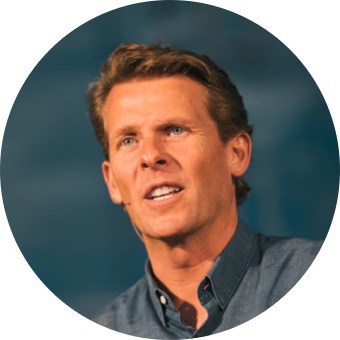 Drew Williams began his professional life as a lawyer in the United Kingdom, attending schools in Devon, UK and graduating with an honors degree in law from Exeter University in 1989.  From 1989-1998, Drew was a corporate litigator, finally serving as Solicitor in a senior position with Bond Pearce in their Exeter Office, specializing in defending law suits brought against the legal profession. Despite a successful career, it was during this time that Drew began to sense that something significant was missing in his life. He acknowledged, “a quiet sort of despair within” that he couldn’t identify and that wasn’t satisfied by greater material prosperity.

Though he and his wife, Elena, had no personal faith at the time, they decided to attend their local Anglican Church just to try to meet some of their neighbors. Much to their surprise, they found themselves drawn into something far deeper, and ultimately came to a living faith in God through the love, support and friendship of that congregation, wholeheartedly giving their lives to Jesus Christ.

Before long, Drew was surprised to find himself considering the possibility of ordained ministry in the Church of England. A time of discernment followed, and after much prayer and strong encouragement from those who knew him, Drew resigned from his law firm and began training for ordination at Trinity College, Bristol. He graduated with an honors degree in theology and was ordained in the Diocese of Exeter in 2000.

Drew, spent six years as Associate Vicar (Pastor) of St. Andrew’s, Chorleywood, a vibrant suburban congregation just outside London. Prior to coming to Chorleywood, he served a congregation in the southwest of England.  Since October 2009, Drew Williams has been the Senior Pastor of Trinity Church in Greenwich, CT.

Drew’s ministry has been directed toward helping people find and deepen a more intimate relationship with God through Jesus Christ. His particular area of focus  has been to develop and oversee a new outreach strategy through the creation and support of Mission Shaped Communities (MSC’s). These lay-led MSC’s have broadened and multiplied the ministry of his congregations and have led to significant growth in both depth and numbers.

Drew and Elena have three wonderful daughters, Katie, Isabel and Olivia. In his free time, Drew enjoys being with his family, reading, writing, movies, music of all kinds and exercise.