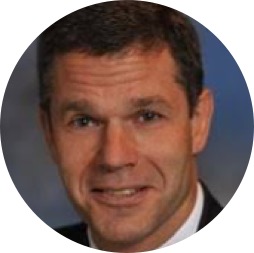 Gauthier Vincent is a senior partner with Deloitte Consulting and he leads Deloitte’s Wealth Management practice.   His clients include Bank of America Merrill Lynch, UBS Wealth, Citi Private Bank and other leading banks and wealth managers.

In 2002, during a 30 day silent retreat, Gauthier felt called to follow Jesus in new ways:  In 2008, he was ordained to the diaconate for the Catholic diocese of Bridgeport.   In 2017 he completed a degree in  spiritual direction at Fairfield University.   Gauthier is a member of the clergy team of St Thomas More parish in Darien; he is a chaplain with the Order of Malta and has volunteered at Pivot Ministries for several years.   Gauthier has a passion for preaching the Word of God and accompanying men and women on their spiritual journey.

Gauthier was born and raised in Paris, France.   He came to the US to work for the World Bank in Washington DC.   It is there that he met his wife of 27 years:  Valerie.  They have three daughters and four sons (no grandchildren yet).