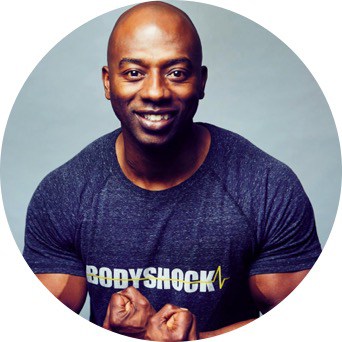 In 2005, while training for competition as a bodybuilder, Gerardo was diagnosed with idiopathic cardiomyopathy, a disease that causes the chambers of the heart to enlarge and decreases muscle contractions.  It was believed to have been caused by an unknown infection.  He continued to train to the best of his ability, whether it was walking a few miles a day, or practicing short intervals of functional training.  “I watched so many others in my position give up on their careers, give up on all physical activities, and just sit themselves down in wheelchairs. Having heart disease is not as forgiving as propaganda makes it out to be. Without an exceptional support group, the right guidance, and moderate physical activity, cardiac patients can easily loose the will power to live!” Gerardo explains.

In 2009, Gerardo received a heart transplant.  After being bed bound for three months in an induced comma, Gerardo had lost over 80lbs of muscle mass – nearly half his weight, and needed to rebuild even the most common muscular functions from walking, to sitting upright in a chair.  During his recovery, Gerardo had a miraculous encounter that brought him back to his faith with a new perspective on the preciousness of each day, and it didn’t take Gerardo long to get back to work! Only six months after his transplant surgery, Gerardo was back in the gym spreading inspirational words to all his clients about the significance of taking care of this one body and life that we have.  This is how BodyShock was created!

Gerardo was born in White Plains, NY and now lives in Trumbull, CT with his wife Tiffany.  Gerardo has five children ranging in age from 2 to 24, two with Tiffany and three from a prior marriage.