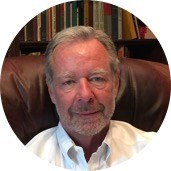 On December 18, 1965, at 17, Jack heard the gospel for the first time through his friend Bruce. Bruce quoted John 10:28, the first verse of Scripture Jack ever heard, and Jack was instantly born-again. For the next 10 years, he worked in the ministry of Young Life and learned a relational, disciple-making version of Christianity.

Jack and his wife Leesa currently live in St. Louis near their son Stephen and their daughter Alese. Jack and Leesa’s son Scott waits for them in heaven. Presently, Jack takes care of Leesa as she recovers from two massive strokes. He devotes the rest of his time to writing projects and to speaking at churches and conferences.