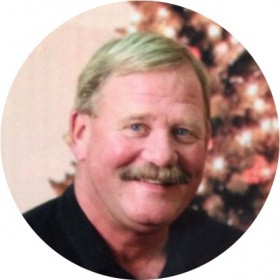 John and Libby were married in 1978 and blessed with three children, Joshua (1979), Kristen (1981), and Daniel (1982). John went into the swimming pool business with his father, later buying the company and building what was a small service business ($50,000/year sales) into a $3 million/year construction and service company. He was active in the community as a volunteer fireman, Little league coach and a member of the Gideons, and he and his wife were also children’s ministers in their church.

In January 1992, on the way home from Christian school, Libby and John’s three children were tragically killed in an automobile accident. In that place of grief and crying out to the God they felt directed to go and comfort children who were also suffering. That first Christmas, they brought presents to children in Grenada at the Sopadilla Home for abused children and the Kennedy Home for the mentally challenged. Afterwards they spent three months with Mercy Ships, a YWAM ministry, and completed a DTS Crossroads Training. The following Christmas they traveled to Ghana, West Africa, visiting children in Homes for the Blind and Deaf, orphanages, and leprosariums. Following this, they began Hearts of the Father Outreach.   In 1997, they adopted a daughter from China, Lily Joy, who is now 17. John sold his business in 2012 to pursue his passion for helping children.

Through Hearts of the Father Outreach, John and Libby have helped minister to over 500,000 children, have raised and distributed over $4 million, and have worked in over 15 countries. At present, they care for over 175 children on a daily basis. They have built a home for children in Ghana, the JoshKrisDan Home and will be starting a primary school soon to help the local community.

John and Libby have been married for 35 years. He has been a member of the New Canaan Society, Albany, NY and New Haven, CT chapters.