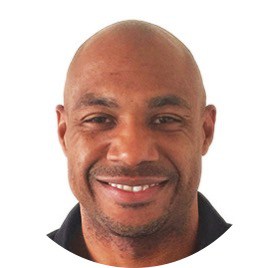 Kareem “Biggs” Burke was a co-founder of Roc-A-Fella records with Jay-Z and Damon Dash. He funded the business in 1995 and partnered with Universal in a co-venture for 10 years. In 2005 he and his partners sold the company to Universal. He then began consulting with Def Jam/Universal while starting a new music label called Dash records until 2007.

While in the music business he also partnered with Roc-a-Wear Clothing for cross marketing using the music his company was creating as a launch pad for the clothing line. Roc-A-Wear Clothing line went on to become the biggest urban brand in the market.

In 2012, Biggs was indicted and sentenced to serve five years in federal prison. While incarcerated, Biggs gave his life to Jesus. He began to have fellowship with other Christians in prison and now understands the importance of having a friend in Jesus and looks to encourage others in their journey.

Biggs and Chip Skowron have partnered with the New Canaan Society to launch a national prison ministry called NCS-Inside.   They have also put together a team to develop apparel brands.  Their group’s first launch called “Fourth of November,” was created in 2015 and is now available nationally through FootAction.  An expanded collection will launch in July.

Biggs presently lives with his wife in New York.