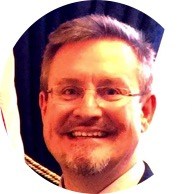 Mark Finlay was born in Belfast, Northern Ireland, Mark grew up during the Northern Ireland “troubles”, that raged from 1968 until the Good Friday Agreement of 1998, and was actively involved in the peace process and in post conflict transformation, as an ambassador of reconciliation.

By way of background. Mark is a Chartered Surveyor and for 25 years worked in regeneration and corporate governance of development and investment vehicles in multiple jurisdictions.  For a decade, from 1996, Mark was Development Director and then CEO of U.K. based global real estate group Scarborough Developments plc., through which he helped to deliver Public Private Partnerships, regeneration and port and infrastructure development projects.

In 2002 Mark was appointed by a Government Minister as a Commissioner of the Port of Belfast, the 3rd busiest Port in the U.K., which encompasses Europe’s largest waterfront regeneration, known as Titanic Quarter, where RMS Titanic was built in 1909 and today where Game of Thrones is filmed.  He served in this public office for 3-years and was subsequently elected as Chairman of South Belfast Partnership, a cross-government initiative created following the Good Friday Peace Agreement to bring about transformation of some of the island of Ireland’s most disadvantaged communities.

In 2003 Mark was appointed a Director of the Ireland-US Council (IUSC) in Dublin and in 2016 was appointed to the Board in New York. The IUSC was created following President John F. Kennedy’s visit to Ireland in 1963, to promote economic links between the United States and Ireland.  In 2011 Mark authored Northern Ireland’s Global Diaspora Strategy, to examine how to better connect with the region’s “scattered seed” which some estimate includes circa 58 Million Irish and Scots-Irish in North America.

Stemming from support of people working for reconciliation and peace, in 2007 Mark was invited to serve the island of Ireland’s delegation to the National Prayer Breakfast (NPB) in Washington D.C. and, working with a dedicated team, has been blessed to have continued with this work since.

In 2012 Mark was encouraged to relocate from Ireland to Annapolis and in 2015 was invited by Congressman Robert Aderholt, then incoming Co-Chair of the 2016 NPB, to support him with faith based initiatives and international relations.   In 2016 Mark was privileged to travel and meet with friends in parliaments in London, Edinburgh, Belfast, Dublin, Brussels, Belgrade, Sarajevo, Banja Luca, and Zagreb.

Mark lives in Annapolis Maryland with his wife Karen. Their daughter Grace (19) is a Junior at the College of Charleston in South Carolina.