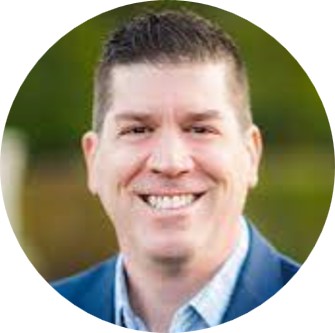 Nicholas Philip Anthony John Agneto, III is also known as Nicky the Meatball, Swedgey the Mouse, The Champ, Jumby (and once as Nicolette, but that was at a church, it was some time ago, he got lit up on the Holy Ghost and filled with the Spirit and next thing you know, he was in a skirt and hosting a talk show for a Holiday Ladies Party).  Nick was an NCS brudder back when NCS was just 30 men meeting in Jim Lane’s home.  After a long hiatus, he is back in force!

Prior to knowing Jesus Christ, his life was a mess (e.g., he burned the 1st floor of his dorm in college). The person he is today is totally transformed and rebuilt sort of like Steve Austin, The Bionic Man. Nick’s on a mission from God. He has a destiny in Him. Nick says “God made it possible for me to live. I have nothing but my life to give. I live for this reason, that even one is touched by my service in His Kingdom.  I have dedicated my entire life since meeting Jesus to serving God and spreading His love to others. In my travels I have seen the love of Jesus Christ impact the lives of many people.”

In his spare time, Nick is, among other things, a licensed realtor with Compass, a Producer at First Fruits Entertainment, LLC, Co-Host of “The Nick & Mark Show” podcast, and Founder of Love Gives Back.

As Nicky the Meatball, Nick is a proud American of Italian heritage.  He traces his Connecticut family-tree roots to the early 1900s and has over 300 family members living in Fairfield County. His mother’s family came from Gravina di Puglia, Italy; his father’s side, from Napoli. The family compiled generations of recipes in a cookbook with its proceeds having been donated to Alzheimer’s research and Stamford Hospital.

He lives in Stamford with his wife Kristen and three daughters.