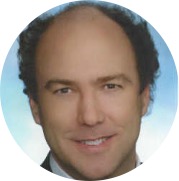 Paul Erickson is a Christian and an entrepreneur whose lifelong avocation has been supporting democratic resistance movements around the world in their battles against communism in all of its forms.  His companies have developed hotels, housing projects, senior living communities, energy plays, consumer marketing and a series of Hollywood feature films.

His college summers were spent working with democratic resistance movements throughout the world, including Afghanistan in 1983, Nicaragua in 1984 and Angola in 1985. Internationally, he also orchestrated what was to be a democratic power abdication in Zaire, with Mobutu Sese Seko voluntarily ceding control to an elected president in 1997.  Since 2008, he’s been re-engaged in Afghanistan with a private non-profit operation dedicated to winning the peace in Afghanistan by redeveloping countless Afghan villages.While an undergraduate at Yale, he was extensively involved in Republican politics around the nation, serving in President Reagan’s White House in 1981 as national director of the College Republicans.  Paul has maintained his political avocation over the years, focused mostly on presidential campaigns here and abroad.  After being responsible for much of the youth campaign operation for President Reagan’s reelection campaign in 1984, he managed Pat Buchanan’s first presidential bid in 1992.  He went on to serve as a senior advisor to both of Gov. Mitt Romney’s presidential campaigns in 2008 and 2012.  He structured President Trump’s presidential transition in 2016.
Two of his life adventures have already been captured on film. “Red Scorpion” (starring Dolph Lundgren) portrayed how freedom fighters defeated a Soviet attempt at assassinating Angolan rebel leader Jonas Savimbi. “Charlie Wilson’s War” (starring Tom Hanks and Julia Roberts) detailed the clandestine war against Soviet aggression in Afghanistan that Paul assisted through Cong. Charlie Wilson and Joanne Herring. (His private economic development efforts in Afghanistan continue to this day.).
Paul’s Christian faith is the crucial element in his life.  He’s helped launch a new 1,000 congregation Lutheran denomination in 2007 and has served on the board of a Lutheran seminary.  In 1997, Paul designed and helped organize the Promise Keeper “Sacred Assembly” on the Mall in Washington, DC – an event that drew 1.2 million men to the nation’s Capitol.  He has been involved in NCS since 1999.Most recently, Paul was a subject of the federal investigation into Russian interference in the 2016 U.S. elections.  Believing the failure of that investigation had made him a political and prosecutorial target, in November 2019, he decided the best course was to plead guilty to federal charges in connection with a real estate development project and was sentenced to seven years in federal prison on July 6, 2020.  He was granted a full pardon by President Trump on January 20, 2021.
Paul received his degree in economics from Yale University and his J.D. from the University of Virginia.