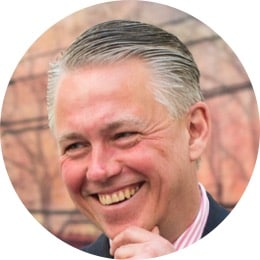 Paul Michalski became involved with the New Canaan Society in October 2003.  (The story of how Paul found NCS is shared in the book Miracles by Eric Metaxas.) Paul has been leading NCS New Canaan (the founding Chapter of NCS) since September 2007, and is considered a member of the National Leadership Team of NCS. He previously served as Acting President of NCS (from July 2009-March 2010), a member of the NCS Board of Directors (from August 2008-December 2010), a member of the NCS Management Committee (from December 2010-March 2013) and as Corporate Secretary of NCS (from August 2008-March 2013).
Paul was an attorney in the corporate department of Cravath, Swaine & Moore LLP for over 22 years, joining Cravath in 1986 and becoming a partner in 1994. From 1996 through 2000, Paul was resident in the firm’s London office.  Paul took a leave of absence from October 2008 to June 2009 to help NCS in its transition from a regional to a national organization and realized that he was meant to begin a new chapter in his life.
In addition to being involved with a number of other non-profit organizations, Paul has been on a journey that resulted in the creation of Integrous LLC, an integrity advisory law firm. Integrous is the by-product of 30+ years as a lawyer, 11 years of involvement in marketplace ministry and the faith-work movement, 9 years of prayer, and 3 years of God refining and reworking the vision. It also reflects Paul’s life-long commitment to “integrity” as a core value and his personal purpose statement: “To serve by redeeming work through the impartation of wisdom to leaders, spotlighting God’s truth and connecting its meaning to organizational cultures and practices.”
Paul graduated from Harvard College in 1983 (magna cum laude) and Harvard Law School in 1986 (magna cum laude).   He and his wife Lisa live in Darien, CT with their children, James and Annie.