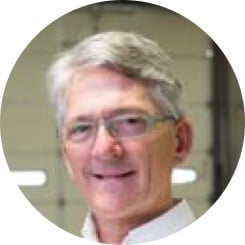 Paul Plouffe is President and CEO and the owner of ServiceMaster of Greater Bridgeport and has been serving the Greater Bridgeport area with excellence in the area of Disaster Restoration since 1985.  His business has generated over $40 million in revenue since he began it in 1987, and it has been recognized as an award winning franchise (one of ServiceMaster’s Top 200 International Franchises) that is listed as a preferred vendor for many of the best insurance carriers in the country.  Before joining ServiceMaster, Paul served in various capacities in hospitals and Human Service Organizations.

Paul has been a member of NCS for over 15 years, is a founding member of NCS Trumbull and, more recently, has been involved with NCS Inside, volunteering at the Bridgeport Correctional Center under the Aegis of Chaplin Michael Christie.  Paul has also served on several boards, including the Bridgeport Rescue Mission and the Bridgeport Regional Business Council.  He is active in his church, Church of The Apostles, in Fairfield, CT., as a lay Eucharist Minister, and member of the Worship Band.

Paul was born and raised in Waterbury, CT and earned a BA in Psychology from UCONN Storrs and a Masters in Human Service Administration from Antioch New England Graduate School in Keene, NH.  He attributes his coming to faith in Jesus Christ to his sister’s invitation to worship with her at a non- denominational church following a confluence of personal challenges at the time, including an educational/mission trip to Haiti, his mother’s death from cancer and a divorce, all of which left him in search of truth, meaning and significance in this life.

Paul and Mary Jane, his wife of 34 years, live in Trumbull, CT and have two married daughters and 6 grandchildren.