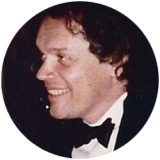 Peter G. Hawkins has worked in the financial industry for over 35 years. He began as an officer at the Chase Manhattan Bank. From there Peter started a highly successful mortgage brokerage business in Beverly Hills. Returning to the east coast in 1980 he was one of the new companies to focus on financial planning.

On the side Peter played in the Metropolitan Union for the Old Blue RFC (same club as BJ Weber and Bob Muzikowski, but please don’t hold it against Peter) and in Los Angeles for the LA Rugby Club. He was selected to the Metropolitan Union All-star team as well as the President’s XVs. As Head Coach at Yale the team won the Northeast Championships and was invited to the Nationals.

In addition, Peter and his wife Phyllis have two LA film-director sons, Zeke and Simon (www.TheHawkinsBrothers.com). Peter is a long standing member of the New Canaan Society when it simply met in New Canaan and didn’t have a name.