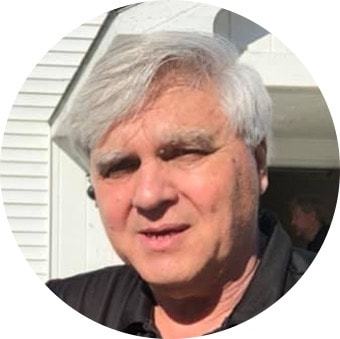 The Rev. Richard Berry is the Sr. Pastor of Trinity Evangelical Free Church and the Skowhegan Miracle Homeless Shelter in Skowhegan, ME. Richard has over 30 years in ministry and holds Ordinations with the EFCA and the ABC.  Richard published his first book, Sheltered by Jesus, A Voice for the Homeless, in 2016 and since then has released two additional books chronicling the miracles he has witnessed.  A fourth book is expected to be released in 2020.

In 2007, Richard was approached by a longtime acquaintance who would be homeless in just a few short days. Richard provided a couch in a church Sunday School room and the influx of those in need of shelter began crossing the threshold of TEFC. Through the process of housing the homeless in the church, Richard saw 80% of his congregation leave, including immediate family members, because they couldn’t worship “with those kind of people.” Facing closure from state officials, a dwindling congregation and dwindling finances, Richard simply dropped to his knees and prayed.

Today, through faith and the power of the Living God, with thousands being provided shelter, food, and spiritual nourishment in the small, rural landscape of central Maine through the ministry of Richard and TEFC. The operation is run solely on in-kind donations and the hand of God. The shelter, with a volunteer staff of homeless volunteers, continues to provide shelter to all in need. Those cared for in the ministry have direct access to a free medical clinic, social and behavioral health services, addiction counseling services, employment services, job opportunities and an opportunity to gain a seminary level education through the EFCA’s Gateway Theological Institute.

In December of 2016, Richard released his book Sheltered by Jesus, A Voice for the Homeless, which has become NextStep resources #1 selling book of all time in just 3 months. This book chronicles the story of how God has worked miracle after miracle after miracle to provide for the “least of these.” In March of 2016, Killatainment COO Seth Powers delivered a set of contracts to Richard and the shelter to begin the process of turning Sheltered By Jesus into a feature film.

The Rev. Richard Berry and the ministry at TEFC has been detailed in several publications including: Downeast Magazine, The Christian Science Monitor, The EFCA Today, several local newspapers and media outlets, as well as local news segments. Furthermore, Richard has been listed in “Who’s Who in America” and accepted the 2010 Crisis and Counseling Agency of the Year for by the State of Maine and was a keynote speaker at the EFCA National Conference in San Diego, CA.