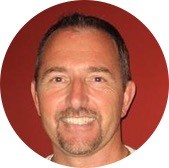 Rick Mitera is the AHL Chapel Coordinator, Northeast Division for Hockey Ministries International.  In that capacity, Rick serves as Chaplain for a number of professional and college hockey teams, including the NY Rangers.

Rick was first introduced to Hockey Ministries International in 1996 when the NY Rangers relocated their farm team from Binghamton, NY to Hartford, CT. There began his role as Chaplain to the Hartford Wolf Pack. It was initially a volunteer position until 2008 when he stepped by faith into full-time ministry as the HMI Chapel Coordinator for the American Hockey League. Without the security of secular employment, he continues to trust in God’s provision through faithful supporters of this vision.

From 2008 to today, his responsibilities have grown to include coordinating chaplains for all 30 AHL teams, setting up chapel programs for numerous NHL and college teams, and as camp director for Christian Hockey Camps in Los Angeles, CA and Keene, NH. However, more than any of this, Rick’s fulfillment remains to be the teams that he Chaplains; Hartford WolfPack, NY Rangers, UCONN and Quinnipiac Colleges, as well as the time spent with kids at camps. The greatest blessing is watching boys, girls and young men come to the Lord.

Rick resides in Cromwell with his wife Dawn, of 36 years. They have three grown children and two grandchildren.