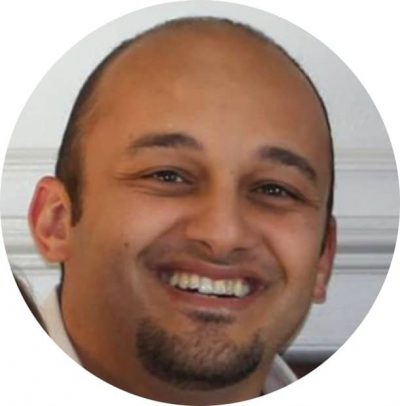 Sami Asaad is the new President of NCS Hartford and is an attorney in the Labor and Employment practice group of a large law firm.  Sami is excited to share what God has done for him and hopes that his story will help lead other men to enjoy true freedom.
Outwardly, he was enjoying a remarkable transformation–from living on welfare with his mom in a roach-infested apartment, to a free ride to college, followed by law school, marriage to the girl of his dreams, and starting a family. Inside, however, Sami felt like his soul was rotting away as his struggle to get free of the chains of fear, sin, guilt, and shame seemed hopeless. Through a series of God-ordained events, Sami burst free from a huge set of shackles. But that was just the beginning! As he learned more about God’s love for him and his identity in Christ, Sami entered into an even greater freedom, and a lasting sense of peace and joy.
Sami earned a bachelors degree from Ramapo College, with honors, and a law degree from Quinnipiac University School of Law, magna cum laude.  He is admitted to practice law in Connecticut, New York, New Jersey and the Mashantucket Pequot Tribal Nation.  He was named a Connecticut Super Lawyer Rising Star from 2013-2017, and a 2015 “Connecticut New Leader of the Law” by the Connecticut Law Tribune.
Sami lives in Hamden, CT with his wife, Jessica, and their 5 children.