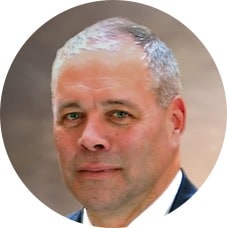 In 1990, he became a member of the Correctional Emergency Response Team and in 1992, was promoted to the rank of correctional lieutenant.

Commissioner Semple entered into the field of correctional training in 1996 and was assigned as a Training Officer at both the Enfield and Willard-Cybulski Correctional Institutions. Following this assignment, he was promoted to the rank of correctional captain at the Maloney Center for Training and Staff Development and served as the both the Pre-Service and Accreditation Coordinator and devised and implemented a training model that was aligned to the department’s para-military structure.

In 1999, Commissioner Semple was assigned to Central Office and the Office of Public Information where he served as an agency spokesperson. During this assignment, he developed a Critical Incident Communication Response Manual, which was designed to function as a reference document during an active emergency response.

Commissioner Semple was promoted to the rank of Major in 2000 and served in the capacity of Legislative Liaison. This position serves as the agency’s contact with the other components of state government. In addition, he was responsible for tracking, preparing and introducing the agencies legislative agenda to committees of cognizance within the General Assembly.

In an effort to broaden his correctional experience at the facility level, he was assigned in 2003 as the Major of Programs and Treatment at the Bridgeport Correctional Center, which provided a unique opportunity within the jail environment.

In 2004, he was assigned to the Garner Correctional Institution (CI) and provided a key role in completing an ongoing transition to establish the agency’s first consolidated environment for male offenders with significant mental health needs. During this tenure, he was promoted to deputy warden, whereupon he also gained further experience and was charged with overseeing facility operations.  On July 1, 2009 Commissioner Semple was appointed as the Warden of Garner CI, where he continued to fulfill the agency’s initiative of providing comprehensive mental health services to male offenders in a prison environment.

In April 2015, Scott Semple Commissioner of the Connecticut Department of Correction dedicated the State’s first Reintegration Center.   The Cybulski Community Reintegration Center at the Willard-Cybulski Correctional Institution is designed to prepare inmates for reintegration upon release and to reduce recidivism. It is a part of the Governor Dannel P. Malloy Second Chance Society initiative. In keeping with this momentum, the agency has since opened up an additional three Reintegration Centers; a unit designed to address the specific needs of Veterans, a unit specializing in the treatment of offenders serving DUI sentences, and a unit created for the female population.