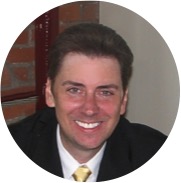 Stephen Bennett is one of the nation’s leading voices among men and women who have made the choice to change—individuals who once identified as gay—and now identify as heterosexual.

As one who once lived as a gay man until he was 28 years old, Stephen is now happily married to his wife, Irene, of 19 years. They are the proud parents of two children. He is a conservative, evangelical Christian with a unique perspective on the issue of homosexuality.

Stephen, 50, is the founder and Executive Director of Stephen Bennett Ministries (SBM) and TheParentsGroup.com (TPG)—a worldwide organization which supports the rights of homosexual men and women who choose to change. He is an outspoken, passionate, motivational, and evangelical speaker with a resolve to educate America—specifically the church—about the truths and myths of an extremely important topic: homosexuality.

Stephen is a nationally-sought-after speaker in the secular and Christian media outlets with an “insider’s perspective” on the issue of homosexuality and how it is being addressed by society today.  Stephen’s viewpoint is unique, as he has been on “both sides of the fence” and understands the issue from both perspectives.

Stephen writes freelance for many national publications, including WorldNetDaily.com and is currently penning his first book, his autobiography, titledEverything Must Change.