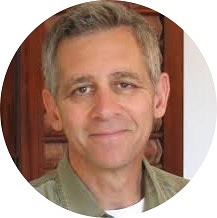 Terry Botwick is the Founder/CEO of 1019 Entertainment. Mr. Botwick recently completed production on Captive, starring David Oyelowo (Selma) and Kata Mara (House of Cards). Captive was acquired for worldwide release by Paramount Pictures. Terry also recently produced a theatrical documentary entitled, Cool It, based upon the book and work of Bjorn Lomborg, which tackles the economic impact of Global Warming and was acquired by Roadside Attractions and Lionsgate. 1019 has approximately a dozen feature film projects in development as well as television series.

Mr. Botwick has extensive experience in both the creative and the business side of the entertainment industry. Mr. Botwick has excelled in several high-impact positions, including: President of Vanguard Films & Animation which produced several animated feature films for Starz Entertaiment and Fox; President and COO of Big Idea Productions (VeggieTales) where Terry Executive Produced Jonah: A VeggieTales Movie as well as many direct to video titles of the best selling franchise; SVP of Programming for CBS overseeing the all of the network’s drama and comedy series programming as well as the alternative series department and Specials such as Kids Say the Darndest Things and the Grammy Awards. He was part of the team that took the network from third place to first in the ratings. Prior to CBS, Terry was President of Distribution and National Programming for the Hearst Corporation and Vice President of The Family Channel where he headed up Programming and Production up through the company’s successful IPO. Mr. Botwick has had P&L responsibility for more than $100 million along with business and creative oversight of more than 1,000 hours of movies and television.

Terry is a Jewish kid from New Jersey and came to know Jesus in 1975. He has been married to Monsita Ferrer (daughter of Academy Award winning actor, Jose Ferrer and singer, Rosemary Clooney) for 37 years. Together they have 3 sons, Nathaniel (31), Theodore (28) and Harrison (25). Terry is an Elder and past President at Bel Air Church in Los Angeles.