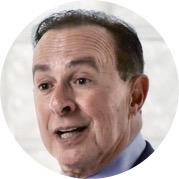 With great transparency, Dr. Jorge Valdes shares the incredible journey that took him: (1) from being the son of a wealthy family in Cuba, (2) to experiencing poverty in the United States and concluding God was not real, (3) to pursuing an education to become a lawyer, (4) to shifting his career path and becoming the #1 cocaine trafficker in the United States, (5) to being tortured for 29 days by General Noriega’s soldiers in Panama, (6) to surrendering his life to Jesus because of a karate instructor who concluded Valdes was the devil incarnate, (7) because of his new-found faith, to choosing to admit his past crimes, which led to being sentenced to seven life sentences and losing all his wealth, (8) to having his mind transformed in prison through reading the Bible, (9) to seeing in prison the tragic division among “Christians” and coming to understand the importance of behavior over words in sharing our faith, (10) to being released and telling his story in the book “Coming Clean”, (11) to regaining wealth through a legitimate business and then walking away from it to invest into the hearts of his children. In telling his story, Valdes stresses that the life of drugs, money and sex is not “his story”–it is just part of his story.

One of the most poignant chapters in Jorge’s remarkable story is the impact of the karate instructor who knew Jesus. Valdes explains that over the course of three years with the instructor, he came to desire to know more about Jesus. Jorge described that it was not because of anything the instructor said–it was because of something he exhibited that Valdes didn’t have with all his money, mansions, planes, bodyguards and women–a joy he thought couldn’t be real.

With tremendous passion, Valdes urges listeners to be authenticate in their Christian walk by investing in people through loving them, regardless of their backgrounds, political views, beliefs. He shares his belief that the world needs more safe places, like NCS, where people can be transparent about their struggles and failings without fear of judgment–places where they can “come clean”, be liberated through the saving grace of Jesus and go on to make a difference in the world by sharing His love.

It is clear that the current chapter of Jorge’s story is one of trying authentically to live his life as a follower of Jesus–sharing God’s story in his life and being a witness through his actions more than his words by loving people, investing in their lives and living without fear in the knowledge that Jesus has already won.