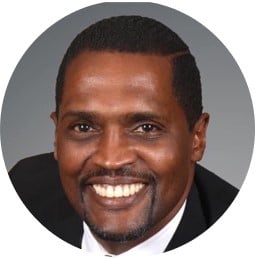 Pastor Alfred Watts shares the amazing journey of faith and faithfulness that took a kid from inner city New Haven to the elite boarding school Choate Rosemary Hall to Cornell University to Howard University Law School to a Federal Court clerkship to some of the most prestigious law firms on Wall Street to becoming the senior pastor of a vibrant church in Milford, CT.

Pastor Watts explains that the most important lesson his father taught him was to remember God’s command, challenge and promise in Malachi 3:10-12 (NLT):

He shares how he faithfully gave “a penny from every dime, a dime from every dollar“, from his first job earning $150/week to his career as a Wall Street corporate lawyer and beyond.

Pastor Watts tells about the amazing blessing and provision that has come into this life. He describes how God guided him along the path, even transparently admitting the times he strayed from trusting God’s provision or delayed in his obedience and the way his heavenly Father guided him back.

He also explains how he was able to balance the demands of A Wall Street legal career with serving in his church and prioritizing his family. He talks about the boundaries he established and how he knew it was time to change jobs.

Watts also reveals how he asked God one of those “dangerous questions”. In October 2000, he cried out to the Lord, “I want to know what you can do with one man completely sold out to you!” One month later, he was asked to become the Senior Pastor of Cornerstone Church. Pastor Watts left the legal profession and was officially installed as Senior Pastor on June 17, 2001.